Good Gaming. Who are they? Why do I keep seeing so many tweets from the MGO on my Twitter timeline? Most importantly, how on earth did they make it to highest division in VS Gaming’s CS:GO league as such a relatively unknown organization in local Counter-Strike? I chatted with MGO (Multi-Gaming Organization) owner Sven Eggers first, then LiNuX, the manager of their CS:GO squad to find out.

ax: Good Gaming are a fairly new MGO on the scene. Tell us a bit about the org and what you guys hope to achieve?

Sven: We have been around since October 2017. Our first team was a Premier Division League of Legends team who came fifth at Rage in 2017 in the VS Gaming Championships. We later picked up a CS:GO team that climbed up through First Division. The intentions when we started the MGO were to cater more towards the actual players than what certain MGOs in South Africa were doing. At the time I had been exposed to some fairly indifferent owners who cared more about the image of owning an MGO that the players. I wanted to break this cycle and set an example of how players should be treated. At the end of the day, an MGO doesn’t exist without its players. 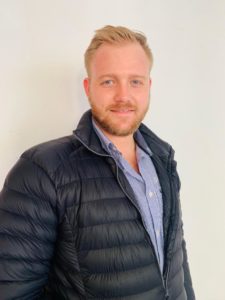 Which games do you currently have teams representing Good Gaming in?

We currently compete in CS:GO Premier Division and are busy with the Masters Qualifiers. The other teams are our LoL teams, one in Prem Division who came second at Comic-Con 2018 and another just promoted to the first Division.

Of your teams, which ones would you say is the focal point of the MGO?

Even though our LoL team has the highest placements in VS Gaming tournaments, I would say our CS:GO team is the focal point as the South African scene for CS is a lot more important to fans and TO’s than what LoL is. VS Gaming also sees CS and DOTA as the main attractions which are evident in the gap in prize pools between those two titles and the rest.